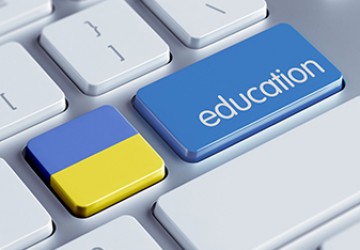 Since the Euromaidan conflict of 2013-2014 Ukraine has struggled to realize a far-reaching slate of reforms. While the nation’s government has indeed introduced measures to revamp local governance, its citizens remain skeptical that post-Soviet-style corruption has legitimately been mitigated. Reforms in governance, education, and healthcare push the country in the direction of Europe, while lethargic political will in national institutions undercuts progress. Further, conflict in the Donbas region with Russian-backed groups continues to intensify already strained Ukraine-Russia relations. After the 2019 parliamentary and presidential elections, Ukrainians are left to navigate a stalled anti-corruption court system, slow economic privatization, shortage of effective legislation, unresolved military conflict with Russia in Donbas, and illegal Russian annexation of Crimea. In this context the following collection of articles, presented at the online conferences of the Research Initiatives of the Democratic Reform of Ukraine (RIDRU) 2015-2018, deals with issues of democratic reform, language, and identity.

We begin with Implementing Ukrainian Law in Higher Education, wherein former Minister of Education and Science for Ukraine Serhiy Kvit provides an examination of Ukraine’s effort to implement the recent law “On Higher Education.” Based in pro-democratic sentiment regarding the governance of universities, the law calls for operational university autonomy. Here we have a compelling account of the formation of the law, measures taken towards its practical implementation, as well as a discussion of the threats and challenges Ukraine faces in higher education going forward.

Building on this understanding of the legal measures, Higher Education Reform Development assesses the degree to which Ukrainian universities have implemented the reforms required by the Bologna Process. Yuliya Zayachuk’s findings are interpreted through the goals of the process and through a survey of the literature on internationalization in higher education. The result is an informative update on the state of higher education in Ukraine. Additionally, part of the paper is based on recent interviews conducted with professors from two other participant European universities—Berlin’s Humboldt University and the University of Turku in Finland. The perspective gleaned from these institutions helps shed light on how the movement towards internationalization is perceived across Europe.

Progress on Ukraine’s Reform on Student Government follows up with an account of grass-root issues faced by student government leaders in Ukraine. Based on a survey with faculty and students and interviews with student leaders, Olenka Bilash provides needed context to legal reforms, and simultaneously makes suggestions as to how student government operations might themselves be fortified.

Fleshing out the notion of reform, Reforming Ukrainian Health Care and Education compares the policymaking activities of two Ukrainian parliamentary committees—the Committee for Health Care and the Committee for Science and Education—as a means of assessing the process of democratic transitions in post-Euromaidan Ukraine. Readers are offered an intriguing glimpse into fledgling democratic machineries at play in Ukraine. Of particular note is the way in which Oleh Orlov discusses the concept of “reform” as it is utilized by members in each committee.

In The Impact of Geopolitical and Military Parameters on Inclusive Education Reform in Ukraine and Crimea, Roman Petryshyn reveals how quickly progress on inclusive education in Crimea was reversed, after the Russian Federation illegally annexed Crimea. Using Chong and Graham’s three-level “nested” framework, policies and practices in inclusive education from 2003 to 2014, when Crimea was an autonomous republic within Ukraine, are compared to those of 2014 to 2017, after the annexation Crimea.

The sixth paper, Dominance of Ukrainian in the Bilingual Setting: Neurocognitive Factors, shifts focus to the notions of language and identity and considers the complex interactions of Ukrainian and Russian language dominance from a number of angles. It is held that a portion of bilingual Ukrainians speak Russian as their dominant language, and that this creates anxiety on an individual as well as on a societal level. With the fluid socio-political atmosphere of Ukraine, and in consideration of the present tension with Russia, Svitlana Zhabotynska explores the effects of a Russian-dominant bilingualism.

In The Concept of Language Praising, the role of language in cultural identity is explored, with specific attention paid to the concept of language praising in the textual record. Holger Küsse explains how diverse languages are valued for varied reasons, but holds that the tendency to value highly one’s nationality through language praise is indeed universal. A wide range of evidence is offered to illuminate the breadth of the issue. Of particular note is the author’s compelling discussion of language equality and language superiority.

Lastly, Swinging between Christian Forgiveness and Military Pathos in the Ukrainian Mass Poetical Discourse Since 2013 takes a discerning look at the extant anxieties in the relationship between Ukrainians and Russians. “Mass poetic discourse,” or rather, classical and popular online poetry alike, is shown to reflect these uncertain and embattled linkages. Marianna Novoslova explores representations of the brotherly pathos and military aggression imbedded in Russia-Ukraine relations through their depictions in post-Maidan works, contributing a novel perspective on the state of the Ukrainian identity and its perception of the conflict with Russia.

Together, these articles offer information on the current state of democratic reformations in Ukraine, insight into the role of language in shaping identities in bilingual regions, and perspective on the ambivalence underpinning the Russia-Ukraine conflict. A careful reading offers reason for both encouragement and despair, yet the way forward becomes only clearer.