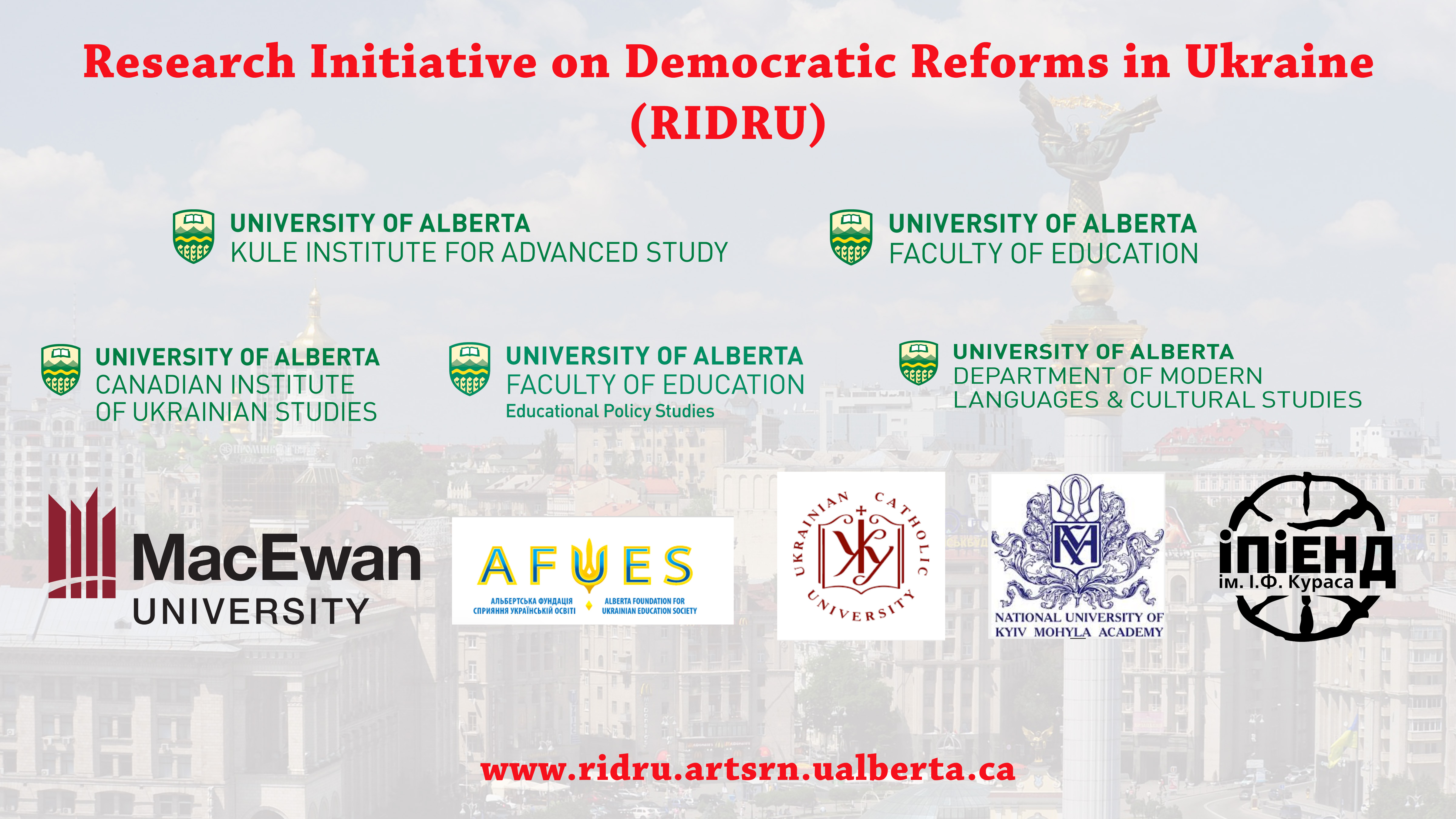 On October 27 and 28 two international on-line academic conferences were held to discuss the newest research from around the world about language, culture and higher education reform in post-Maidan Ukraine.  Offered in English, the peer-reviewed presentations featured 30 speakers from 18 universities in eight countries (five universities in Ukraine, five in Canada, two each in the United States and the Netherlands, and one each in the United Kingdom, Germany, Poland and New Zealand).

Speakers were invited to report their research findings in a number of areas: the use of Ukrainian, Russian and other languages in post-2014 public and private domains; the Legal status of languages in Ukraine: Russian, Ukrainian and languages of minorities; Language of anti-Russian/anti-Ukrainian propaganda; Language of post-Maidan election campaigns; Language and culture in post-Maidan Ukraine; Contemporary Ukrainian literature and poetry reflecting on the 2014 Revolution; Ukrainian national identity and its transformations after 2014 and issues of nationalism, patriotism and separatism in the context of nationalities, culture and language policies, and issues of identity shifts in the new Ukrainian diasporas.

Over 650 participants tuned in to the 14-20 minute talks online. The conferences remain archived and available to the public on the RIDRU website.

Dr. Laada Bilaniuk, social anthropologist from the University of Washington, opened the conference on Language and Culture with a keynote address entitled “Democracy and language in Ukraine: Standards, non-standards, and authenticity”.  Her vivid data, collected from extensive research work on Ukraine, suggested the growing power of the people to shape language in this emerging democracy. 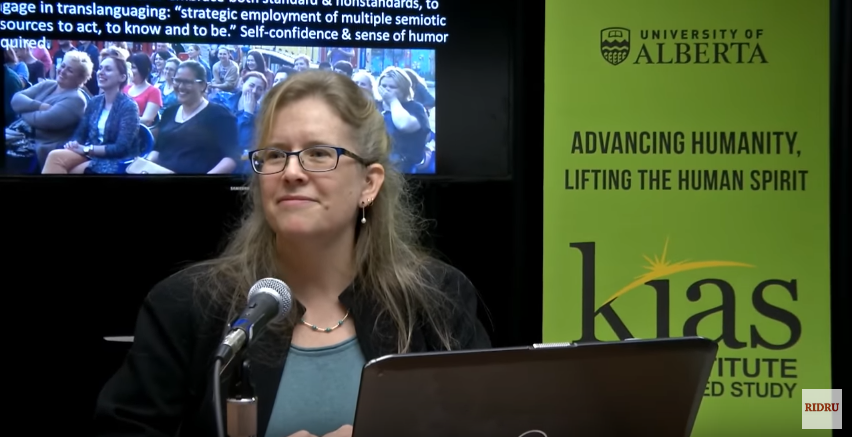 The other 19 speakers presented six panels on: Multilingual Ukraine: Language practices, Identity and Shifts in Post-Maidan Ukraine; Narratives and Public Discourse About Ukraine; The Language of the Media and Political Discourse in Post-Maidan Ukraine; Literary Movements and Narratives of Maidan and Post-Maidan Ukraine; Linguistic and language Transformation in a Time of Conflict; and Post-Maidan Emigration and the Ukrainian Diaspora: Media Representation, Language Attitudes and Practices. They explored a variety of questions: What languages in Ukraine should be made official and at what levels? Is there a “pure” Ukrainian or is the reality far more complex and how can it be described? Why and how are people drawn to non-standardized forms of communication?  How are people in Ukraine and the diaspora negotiating a change in their mother tongue from Russian to Ukrainian? How clear or not are language boundaries in different regions? How do other countries see Ukraine – as stable and progressing to Europe or unstable and on the margins of Europe? Is there a potential for Russian soft power to intervene? How do Russian teachers feel about losing their status? How do the media in Russia and Ukraine differ in their reporting? Is civil society replacing the Ministry of Culture in developing modern Ukrainian culture?  What similarities and differences does Ukraine have compared with other East European societies (e.g. Croatia) in developing its own language and culture? How has the war affected the Ukrainian lexicon? 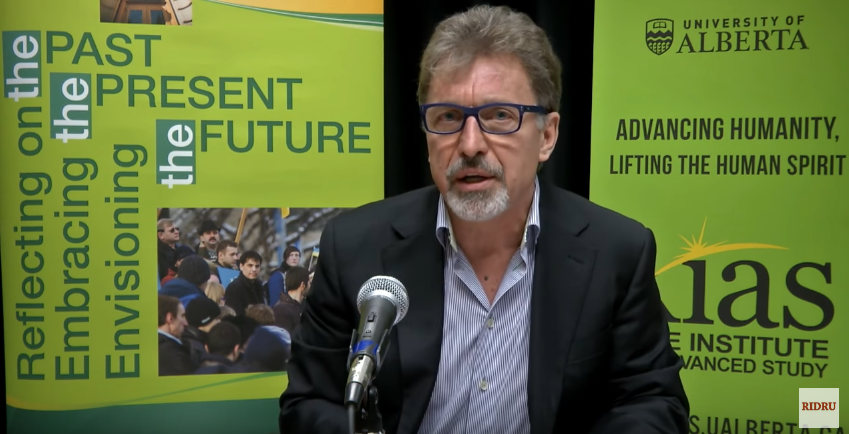 Speakers discussed educational issues from various perspectives.   Some noted that politicians need to promote Ukrainian more equitably since there is evidence from state exit exams that high school students in different regions do not all achieve the same standards of competency. Ukrainian university students are travelling abroad and studying through digital means in greater numbers. The reform process in higher education has been highly influenced by the Bologna process, thus creating a European system of degrees and participation in the European Credit Transfer System. Although the number of universities in Ukraine has been reduced from over 800 to 300 and inter-university joint degrees and partnerships are increasing, these numbers and the low quality of teaching, learning and research output is too low to see any Ukrainian university listed on the world rankings. Professorial salaries are too low to motivate change and the Ministry is requiring researchers to compete abroad to receive funds for their work and publish with little to no infrastructure of support. Technology and new partner projects offer promise for democratizing teaching and learning in Ukraine. 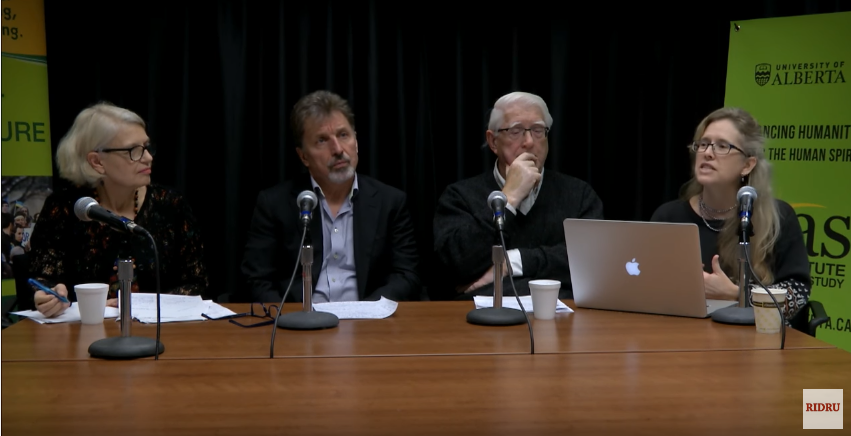 Both conferences were organized by the Research Initiative on Democratic Reform in Ukraine  (RIDRU), a research project led at the University of Alberta by Dr. Olenka Bilash, Professor in the Faculty of Education. She is supported by an academic team at the University of Alberta that includes Drs. Alla Nedashkivska (language cluster lead), Roman Petryshyn, Jerry Kachur, and Bohdan Harasymiw. The project website and media component of the conference are coordinated by Oleksandr Pankieiev. 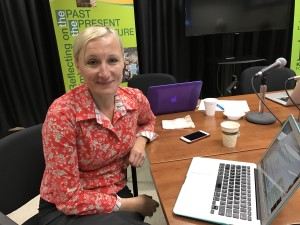 Financial support for the RIDRU project comes from the Kule Institute of Advanced Study (KIAS), the Canadian Institute of Ukrainian Studies (CIUS), the Faculty of Education and the Faculty of Arts at the University of Alberta as well as the Ukrainian Resource and Development Centre (URDC) at MacEwan University and community sponsors, the Ukrainian Foundation for College Education and the Alberta Foundation for Ukrainian Education Society. Further enquiries may be sent to Dr. Olenka Bilash at obilash@ualberta.ca