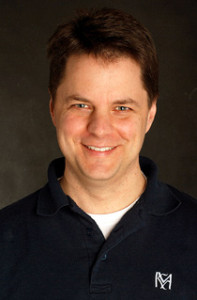 Mychailo Wynnyckyj, Associate Professor of the Department of Sociology and Kyiv-Mohyla Business School, Director of the Doctoral School, National University of “Kyiv-Mohyla Academy”

Mychailo Wynnyckyj was awarded a PhD in Economic Sociology in 2003 from the University of Cambridge (U.K.). Prior to that, in 1997, Mychailo received an MPhil degree in Sociology and Politics of Modern Society (also from Cambridge), and worked for 7 years (1992-1999) as Vice-President for Sales & Marketing at Lava Computer MFG Inc. in Toronto Canada. During his tenure at the company, Lava’s sales increased significantly, and its markets expanded to include North America, Western Europe, South-east Asia, and Australia. Today, Mychailo is Director of the Doctoral School at Kyiv-Mohyla Academy where, in addition to teaching in the Department of Sociology, and at Kyiv-Mohyla Business School, he oversees a project aimed at reforming the traditional Ukrainian “aspirantura” system into a European-styled Doctorate. Since moving to Ukraine in 2003, Mychailo has also been active in consulting several Ukrainian companies on organizational and management issues – particularly as related to sales management. Mychailo’s consulting clients include the following Ukrainian companies: Avtek, Asbis, Kakhovka Welding Plant, Euroindex, Rosava, Plasmatec, and others. Mychailo’s typical day begins and ends with his four children (!), who seem to develop much faster than even he would hope. In what minimal spare time he has, Mychailo tries to find opportunities to indulge in his two passions: downhill skiing, and flying (he received his private pilot’s license in 1999).