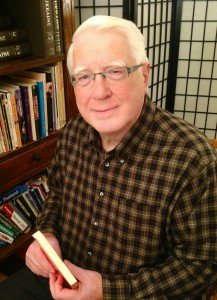 Dr. Roman Petryshyn holds a MA in clinical psychology and a PhD in sociology of race and ethnic relations. He was employed in the Ontario Citizenship Branch and after graduating, became a Research Associate at the Canadian Institute of Ukrainian Studies, University of Alberta. There he researched, innovated projects (e.g. Hromada Housing Coop; Ukrainian Canadian Social Services) and wrote about community development and ethnic identity. Dr. Petryshyn was a long-time activist in the multicultural movement which resulted in his being employed as Northern Director, Cultural Heritage, Alberta Culture for several years. Roman Petryshyn was the founding director of the Ukrainian Resource and Development Centre (URDC) at Grant MacEwan University where he held the Drs. Peter and Doris Kule Chair in Ukrainian Community and International Development until 2015. His research and publications focus on the integration of Ukrainian minorities in Britain and Canada. He Changing Realities: Social Trends Among Ukrainian Canadians and has contributed articles to several published compilations.

During 1991 to 2015 he was actively engaged in structuring and delivering technical assistance projects in Ukraine and Russia through Grant MacEwan University’s Ukrainian Resource and Development Centre (URDC). He was Project Manager for the “Agricultural Curriculum” and the “Agri-Business Learning Materials” projects (1991-95); coordinator of research for the study “Reform of the Novosibirsk Health Care System”; Manager of the “Yamalo-Nanetsk and Tyumen Organizational Readiness” project in 1996-97; and co-director of the “Canadian Business Management Project in Ukraine” (1997-2000) and the “Health Education Learning Project” in Russia (2000-04). During 2008 to 2013 he co-managed the project “Inclusive Education for Children with Disabilities in Ukraine”. Currently he is active as an Adjunct Assistant Professor with the Faculty of Education, University of Alberta studying the Higher Education system in Ukraine ,as part of the Research Initiative on Democratic Reforms in Ukraine (RIDRU) project.